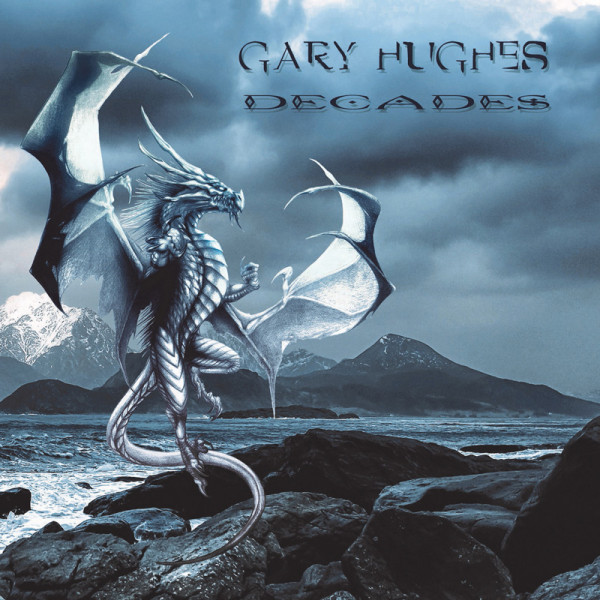 Gary Hughes, the British melodic hard rock singer known for his vocals, songwriting, and production, has announced the release of a best of collection, "Decades" encompassing his over three decades of work. This double album offers some of the best Hughes' songs taken from his self-titled release, “Precious Ones,” “Veritas,” and "Once and Future Kings”. It also includes some rare tracks which were originally only released in Japan on the “In Your Eyes” EP.  "Decades" is an album full of his influences and experiences and opens the door to the past while looking to his future at the same time.
During his 30+ year musical career, Gary Hughes has established himself as one of England's premiere melodic and hard rock singers and songwriters. He debuted in 1989, when he released his first solo album, "Big Bad Wolf" (renamed and re-released with extra tracks in 1992 as "Strength of Heart") through the Polygram Oslo label in Germany and Norway. In 1992, he also signed with the then newly formed indie British label Now & Then Records and his self-titled sophomore album was the first album released on that label. Three years later, Hughes and former Dare members Vinny Burns (guitar) and Greg Morgan (drums) began working on what were to be his third and fourth solo albums; however, the sessions lead to the formation of the melodic hard rock band TEN. With TEN, he has released 14 original studio albums and in the process making the band a true cornerstone of British Melodic Hard Rock.
As a solo artist, Hughes has released two more melodic rock oriented albums, “Precious Ones” in 1998 and “Veritas” in 2007. Gary has also worked on a Rock Opera over two volumes, “Once and Future Kings,” based on King Arthur's myths and legends. The albums were released six months apart from each other and featured the vocals of Bob Catley, Lana Lane, Doogie White, Danny Vaughn, Sean Harris, and others.
Outside of his solo material and TEN, Hughes was also heavily involved in Bob Catley's first three solo albums, both as a producer and songwriter, as well as Hugo's solo debut (as a producer), Vinny Burns' solo record, and more recently with the band Serpentine.