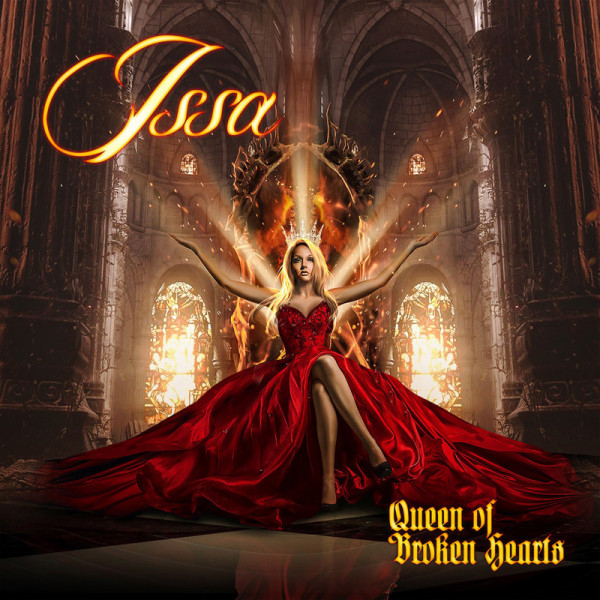 Norwegian melodic rock queen ISSA is back with her sixth studio album, “Queen of Broken Hearts”.
As with her past releases, the new release is a melodic rock fans dream come true with huge vocals and soaring melodies. Once again, Issa partnered with Alessandro Del Vecchio to work on her new album and - as with the successful “Run With the Pack” - an all-star team of musicans appears on this new album. Featuring Simone Mularoni (DGM) on guitar, Andrea ToWer Torricini (Vision Divine) on bass, Marco Di Salvia (Hardline) on drums, and Del Vecchio on Keys, “Queen of Broken Hearts” is ISSA’s most fully realized musical offering yet.
ISSA’s musical growth over the years has been tremendous to hear and watch and fans will reap the rewards with “Queen of Broken Hearts,” quite simply her best album yet. And that’s not just ‘hype’, but the fact of the matter.