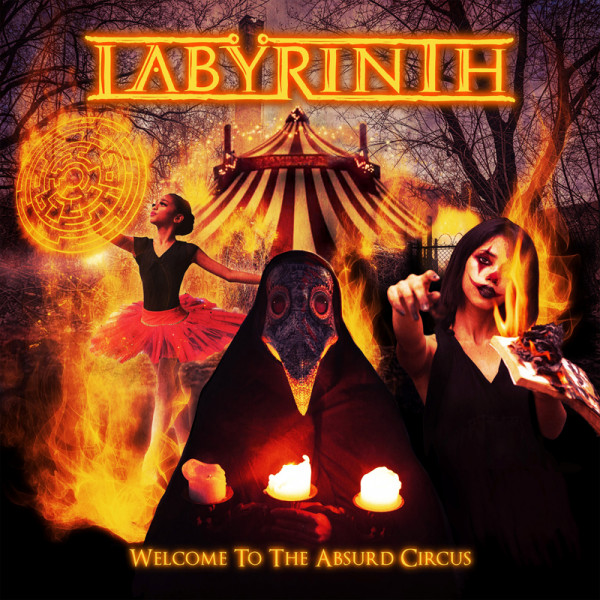 Italian metallers Labyrinth will return with another great album in 2021, “Welcome to the Absurd Circus”. Once again, speedy power metal songs with unforgettable hooks, epic prog infused metal songs, and some great melodic numbers constitute a record which is going to become another milestone for the Italian metal masters! “Welcome To The Absurd Circus” follows the band’s well-received 2017 comeback album, “Architecture of a God”.
In the spring of 2016, the band’s founding members Andrea Cantarelli and Olaf Thorsen received a call from Frontiers, asking them to discuss with singer Roberto Tiranti the possibility of a comeback for the band. After much thought, the guys agreed to get back together and round out the line-up with John Macaluso (now replaced by Mattia Peruzzi), Oleg Smirnoff (Vision Divine, Eldritch) on keyboards, and Nik Mazzucconi (Hardline, Edge of Forever) on bass, Labÿrinth’s comeback album “Architecture of a God” (2017) was a definite and true return to form.
With the release of “Return to Heaven Denied” in 1998, Labÿrinth had a “classic” album on their hands, which was embraced by fans and metal scribes alike and gave a strong push not only to the band’s career, but also to the Italian metal scene as a whole.
More albums followed, but several lineup changes (with singer Roberto Tiranti and guitarist/composer Olaf Thorsen going in and out of the band) brought the band – after the release of “Return to Heaven Denied, Pt. 2 - A Midnight Autumn Dream” in 2010 - to an indefinite hiatus.