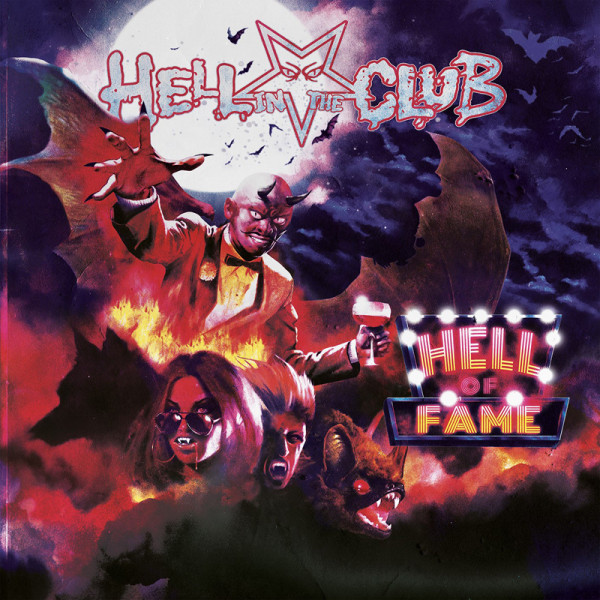 Hell In The Club is an Italian hard rock/heavy metal band featuring members of Elvenking and Secret Sphere. "Hell Of Fame” is the band’s fifth album and introduces their strongest material to date. Combining and taking to the next level the freshness of “Let The Games Begin” with the maturity of “Devil On My Shoulder” and “Shadow of the Monster” and the professional approach of “See You on the Dark Side” (their last album and most popular release to date), “Hell Of Fame” sees the band angling for the world stage. Recorded, mixed, and mastered by Simone Mularoni (DGM) at Domination Studio in San Marino, Italy, the new album is an explosive hard rock statement.
With DAVE on vocals, ANDY on bass, FEDE on drums and PICCO on the guitar, HELL IN THE CLUB will delight you, they'll make you dance, sing, and bang your heads with their songs. Rock ‘n roll is all about fun and that is what is on display here.
Featuring members of acclaimed acts such as Elvenking and Secret Sphere, HELL IN THE CLUB have earned their place in the scene over the course of four albums, but their music stands out as something totally different: they mix classic hard rock and modern sounds, heavy metal and party songs, fifties rock’n’roll, and anything in between.