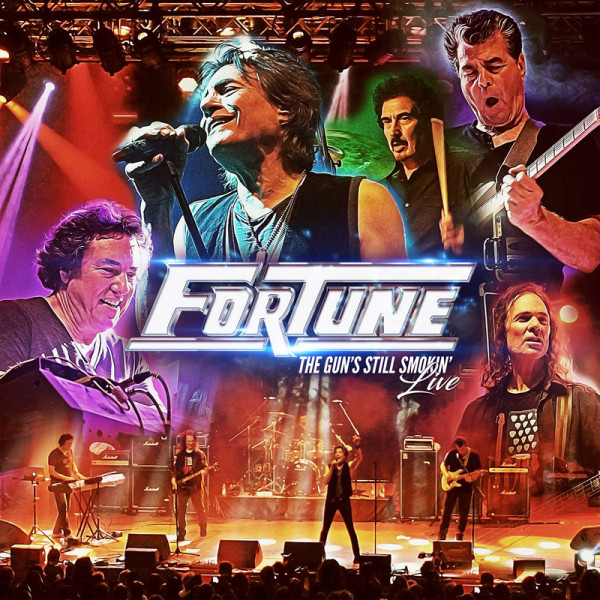 To celebrate the release of their then new studio album, “II, Fortune traveled to Milan, Italy for the 2019 edition of the Frontiers Rock Festival to play a rare live set. A milestone performance, which happened on April 27, 2019, the set will now be released as a CD/DVD on August 7, 2020.
Fortune released their self-titled debut album in 1985 on Camel/MCA Records (the same label that had launched Night Ranger and Giuffria to stardom). The album is still highly regarded today by fans of the AOR genre thanks to the soaring vocals of Larry Greene (also featured on the Top Gun soundtrack) and to the magnificent blending of the keyboards of Roger Scott Craig with Mick Fortune’s guitar. Sadly, the band called it quits shortly after the release due to their label going bankrupt.
The band remained silent for years and while Larry Greene and Roger Scott Craig started working together with the band Harlan Cage, the Fortune brothers started the band back up again as a trio in 2006, until a proper band reunion happened in 2016 when the band performed at “Rockingham Rock Festival” and – by public demand – again in 2017.
These appearances led to discussions with Frontiers about a new studio album, “II”, which was released in 2019.
A unique, and rare, performance, this is a must see and hear for all AOR fans!