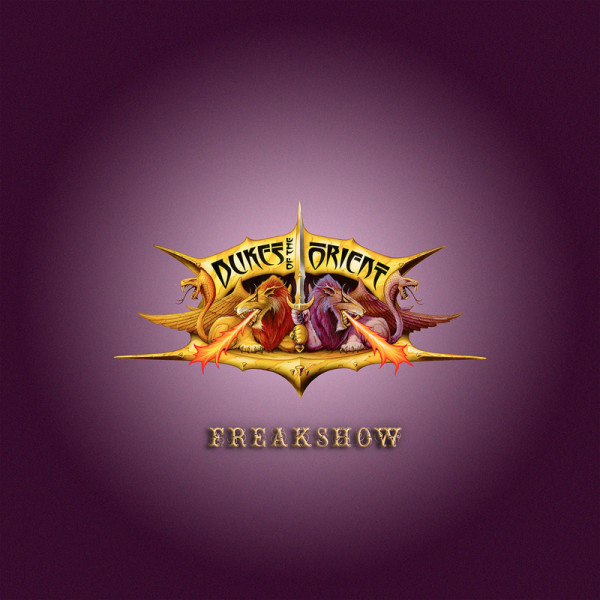 Dukes of the Orient will finally release their eagerly anticipated second album, “Freak Show” on August 7, 2020. The band’s sophomore album follows their impressive self-titled debut,which successfully launched the new international AOR with a touch of Mid-Atlantic Prog band.
Dukes of the Orient is a collaboration between vocalist John Payne (ex-ASIA, GPS) with keyboardist Erik Norlander (Last in Line, Lana Lane, Rocket Scientists). Payne’s powerful arena-seasoned vocals carry soaring melodies and lush harmonies over the sea of classic synthesizers and keyboards artfully painted with Norlander’s signature sonic palette.
Dukes of the Orient origins lay in 2007 with “ASIA Featuring John Payne,” a band that continued on after ASIA keyboardist Geoff Downes left the band to re-form the original 1982 lineup. Payne recruited Norlander to join the band for tour dates in the US and that’s where their partnership began. Eventually Asia Featuring John Payne would come up with the track “Seasons Will Change,” which was released as a video in 2013 and that eventually found its way on to the Dukes of the Orient debut.
Following the death of original ASIA vocalist, John Wetton, in early 2017, Payne and Norlander decided that these recordings they had been working on for ASIA Featuring John Payne should give birth to a new band, both out of respect for Wetton and for clarity with the Downes-led ASIA. Dukes of the Orient are however the legitimate successors of the John Payne’s Asia. If you like albums such as “Aqua,” “Aura,” or “Silent Nation” then Dukes Of The Orient is for you!