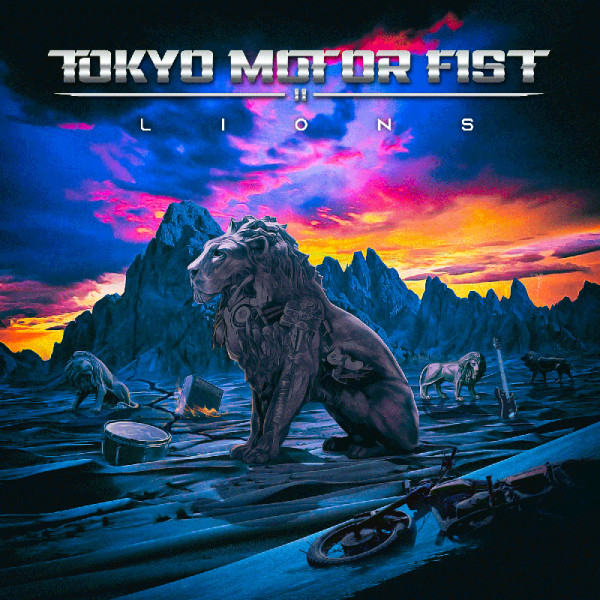 Tokyo Motor Fist’s self-titled debut scratched an itch for music fans who have been starving for new albums from Trixter or Danger Danger (and who also happen to love Def Leppard) and now the band delivers another fix with their sophomore album, LIONS. Once again, the band delivers exactly what fans want and would expect with their catchy and uplifting hard rock.
Featuring Ted Poley (vocals), Steve Brown (guitar), Greg Smith (bass), and Chuck Burgi (drums, Tokyo Motor Fist was birthed out of Ted and Steve’s long standing friendship. They were playing the same club circuit with their respective bands, Danger Danger and Trixter, when both bands were starting their careers. Over the years, they had a great personal relationship and the idea of doing a record together has been in the cards for many years. Now, thanks to Frontiers this concept has become a reality.
Beefy and energetic, “Tokyo Motor Fist” is sure to please not only Ted Poley, Danger Danger, and Trixter's fans, but all fans of Def Leppard, Bon Jovi and Cheap Trick  and melodic hard rock in general. Don't miss this superb release!
You don’t need to be a die-hard '80s/’90s hard rock fan to know that the fruits of an artistic alliance between Danger Danger singer Ted Poley and guitarist/producer Steve Brown of Trixter was going to make melodic rock fans rejoice! When the band’s self-titled debut album was released, it was met with the high praise and enthusiasm one would expect from fans of the genre. The fact that the music delivered was even better than what it looked like on paper has had fans clamoring for a follow-up. Rounded out by Greg Smith (Ted Nugent, Rainbow, Alice Cooper) and Chuck Burgi (Rainbow, Blue Oyster Cult, Joe Lynn Turner) on bass and drums, respectively, TMF anticipates hitting the road once the world is back up and running.