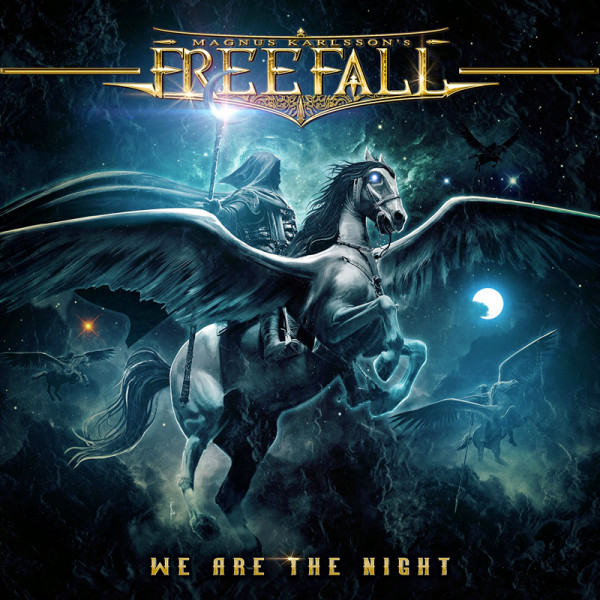 Magnus Karlsson is well known as the mastermind behind several Frontiers productions, including the successful initial Allen/Lande trilogy and the recent spin-off album, Allen/Olzon as well as releases by Starbreaker (with Tony Harnell), Bob Catley, and Kiske/Somerville. In 2008, he joined German heavy metal icons Primal Fear and with them has toured the world and recorded several successful albums which charted in multiple countries around the globe.
In 2013, he launched his solo project “Free Fall” which was warmly received by the numerous fans of the Swedish mastermind and showcased Magnus’ songwriting and production skills with lead vocals provided by a varied cast of some the finest singers of the genre.
For this new album, “We Are The Night”, Magnus again enlisted a dream team of singers featuring some of the strongest melodic singers in metal and hard rock! The list includes the awesome Noora Louhimo (BATTLE BEAST), Dino Jelusick (ANIMAL DRIVE, DIRTY SHIRLEY), Ronnie Romero (RAINBOW), the newest vocal star on the Frontiers’ label, Renan Zonta (ELECTRIC MOB), Tony Martin (ex-BLACK SABBATH), and Mike Andersson (CLOUDSCAPE).
Rounding out the line-up on the album is Anders Kollerfors on drums with mixing by Jacob Hansen (Volbeat, Primal Fear, Amaranthe, Pretty Maids, etc.). An absolute bast of a release which can’t be missed by all lovers of European melodic metal!