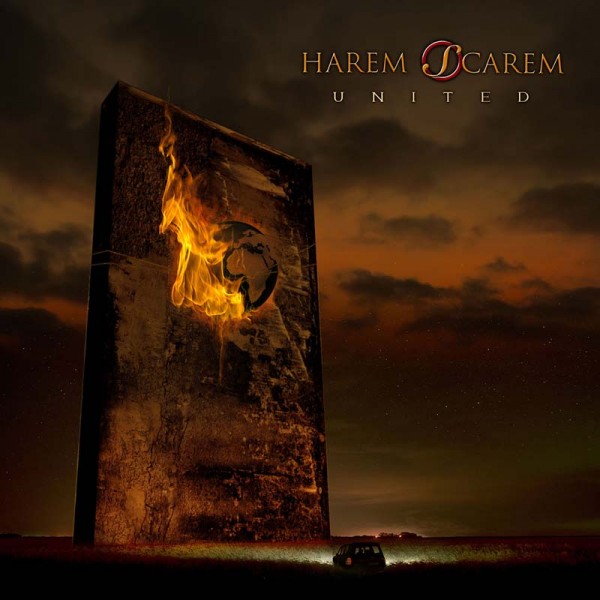 In 2013, Canadian melodic hard rockers Harem Scarem reunited after a five year hiatus to record “Mood Swings II”, a twenty year anniversary re-recording of their critically acclaimed and fan favorite second album. The three new songs included on that release showed a renewed musical vigor and chemistry. This new energy was confirmed on 2014's “Thirteen” release, which was a definitive return to the sound that put Harem Scarem on the map over 20 years ago. Now, “United” shows that Harem Scarem is stronger than ever! It offers up 11 tracks of trademark Harem Scarem music from Harry Hess (lead vocals, keyboards), Pete Lesperance (guitars, bass, keyboards), long-time drummer Creighton Doane, and backing vocals from original sticksman Darren Smith.
Harem Scarem make it clear they still have something to say right from the start with the title track, "United", a chunky slice of guitar-driven melodic rock nirvana that kicks off Harem Scarem’s strongest studio outing since the early 00’s. From there, the album lifts off with well-crafted songs featuring big choruses with simple and addictive hook-laden themes. Each track carries a power-rock-packed punch, swaggering riffs, and hooks to die for. Hess and Lesperance without a doubt show the world that their partnership still works, that they indeed are still "United".
With sales well over a million records in 43 countries and 12 top 40 hits around the globe, 2017 will see Harem Scarem return and ready to dominate! They'll be touring the world in support of their 14th studio album, “United“!