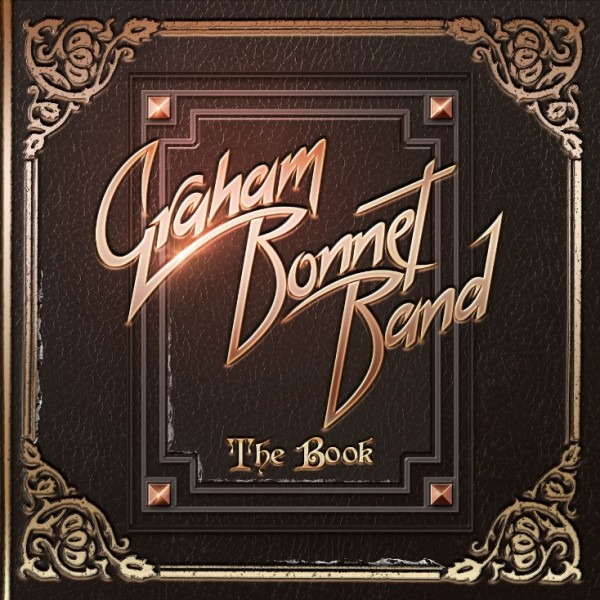 Legendary rock vocalist Graham Bonnet is back with a new band and an exciting new album titled 'The Book'. The 'Graham Bonnet Band', features of course Graham Bonnet on lead vocals, Beth-Ami Heavenstone on bass, South American guitar sensation Conrado Pesinato on lead guitar, ex-Alcatrazz man Jimmy Waldo on keys and Mark Zonder (known for his acclaimed work with Warlord and Fates Warning) on Drums. They promise a powerful set-list showcasing Graham's extraordinary career performing the songs the way you know them. Born in Skegness, England (December 1947), Bonnet enjoyed his first chart success with The Marbles, his first single with them  Only One Woman, penned by the Bee Gees  becoming a top 5 UK hit in 1968. After a spell recording advertising jingles, he appeared in the 1974 British comedy film Three for All as lead singer of a fictional band called Billy Beethoven, receiving a rave review for his performance! Bonnets subsequent career has seen him work with some of the best musicians in the business, including guitar virtuosos Ritchie Blackmore, Michael Schenker, Yngwie Malmsteen and Steve Vai... drummers Cozy Powell and Ted McKenna, bassists Roger Glover and Chris Glen and keyboard player Don Airey. He is well known as the voice on a number of classic heavy rock albums including Rainbows Down to Earth (1979), Michael Schenker Groups Assault Attack (1982), Alcatrazzs No Parole for Rock n Roll (1983) and Disturbing the Peace (1985). Rainbows Down to Earth spawned two hit singles, a cover of Russ Ballards Since Youve Been Gone and All Night Long. During his time with Rainbow, Bonnet also headlined the inaugural Monsters of Rock Festival at Castle Donington in the UK. Singles from the first two studio Alcatrazz albums, Island in the Sun (from No Parole  and God Blessed Video (from Disturbing the Peace), became staples of MTV, then in its infancy. Bonnet has maintained an active solo presence throughout most of his career, releasing albums periodically including the eponymous Graham Bonnet (1977), which was a hit in Australia, No Bad Habits (1978), Line-Up (1981), Here Comes the Night (1991), Underground (1997) and The Day I Went Mad (1999). The single Night Games (from the Line Up album) reached number 6 in the UK charts. He has recorded and toured with a wide-range of other artists and released albums with bands such as Impellitteri, Forcefield, Blackthorne and Japanese legends Anthem. Bonnet has a powerful and distinctive vocal style and, indeed, a distinctive image  preferring to let the music, rather than the conventional heavy metal look, do the talking. The Graham Bonnet Band has spent the last 12 months touring solidly around the world, with performances at several major European festivals including an acclaimed set at Sweden Rock 2016. The debut Graham Bonnet Band album 'The Book' sees Graham returning in fine form, with an album that is his best in decades: 11 new tracks that will blow heavy rock fans away! Also included with the new album is a 16 track cd of re-recorded classic tracks from Graham's career.