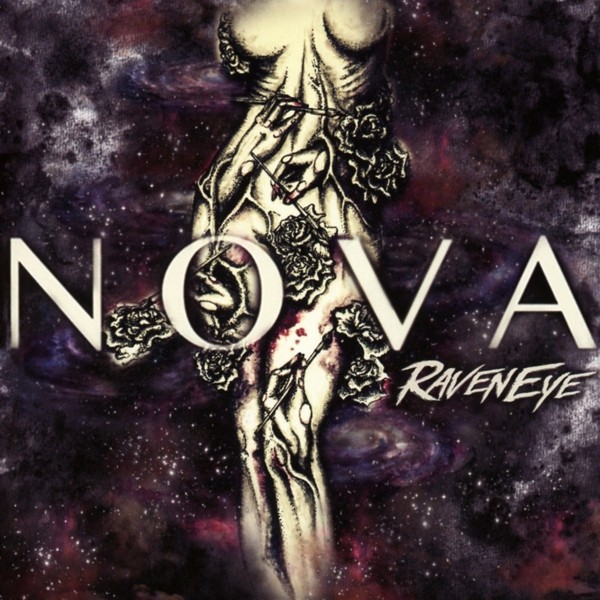 RavenEye is a UK-based rock trio formed in 2014 by 25-year-old, multi-award winning guitarist/singer Oli Brown, along with drummer Kev Hickman and Aussie bassist Aaron Spiers. Having already toured the US, the UK and Europe, RavenEye have been slamming audiences with their signature heavy riffs and incendiary live show. In 2015, RavenEye released its debut EP, Breaking Out, and toured extensively worldwide with headline shows, direct support slots for The Darkness, Slash, Deep Purple, Halestorm and The Blues Pills and appearances at major rock festivals, including Download Festival (UK), Hellfest (France), Azkena Rock Festival (Spain) and others in the US and South America. Warren Riker (Lauren Hill, Michael Jackson, Down, Anders Osborne), who engineered the debut EP, took over as producer to capture the bands true sonic identity on the bands debut full length NOVA. Together, they worked at Water Music in Hoboken, New Jersey for 25 days and created an eleven-track album that pushed the band beyond its boundaries and into new ground. From the hard hitting riffs of Inside, Madeline and Hero to the raw sounds of Wanna Feel You and Oh My Love to the stark reality of life and death in Eternity, NOVA takes you to a journey of defiance, pain, hate, death and, yes, love. Filled with deep, bluesy grooves which invoke giants such as Led Zeppelin and Soundgarden, RavenEye continue to win fans around the world with their huge sound and killer live shows. The extensive touring in 2015 laid the ground work for a hungry fan-base and, this past April, one year after the release of their debut EP, Breaking Out, the band debuted on Billboards Heatseekers chart in the US. The critical acclaim has been just as loud with Classic Rock Magazine saying, "(RavenEye) deliver a thunderous set of the kind of feet-planted, head-bobbing groove-rock that has paid Pearl Jams cable bills for twenty-five years." And Rock at Night said of the Houston stop, their stage show was INSANE to watch! When RavenEye formed two years ago, the then 25 year old, Oli Brown, singer and multi-award winning guitarist, had already released four solo albums and toured the world for 10 years with legends such as Jeff Beck, Buddy Guy, Johnny Winter and Joe Satriani. Vegas24Seven said of the RAVENEYE frontman, Oli Brown captivated the audience, Mojo Magazine hailed Oli as, the hottest young pistol in British blues and Classic Rock Magazine described him as "one of the best and brightest guitar heroes performing in the world today".  Together, RavenEyes live performances and take their present and future fans on a journey to the next level and developing new shows from the tracks of NOVA truly sets listeners and fans on the RavenEye path.