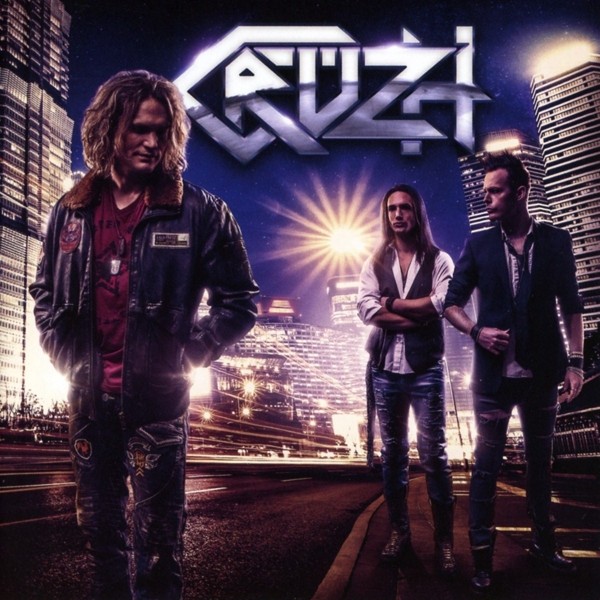 Description
Description
Cruzh was put together after the demise of Swedish glam rockers TrashQueen, in which both Anton... more
Close menu
Product information "Cruzh - Cruzh"

Cruzh was put together after the demise of Swedish glam rockers TrashQueen, in which both Anton Joensson and Dennis Butabi Borg played. They shared a love for melodic rock and AOR and joined forces with Tony Andersson, who previously worked as a studio musician on the never released TrashQueen record. It all started in March 2013 when Cruzh was announced online. The only things shown to the public were an image of the silhouette of the three band members, the debut song "In a Blink of an Eye," information that the band was Swedish, and the text "Get ready for the Cruzh". The song quickly spread on the internet and both Swedish and international websites and radio stations played it and speculated about the identities of the band members. In May came the sequel "Stay", which continued in the same melodic rock spirit. Meanwhile, the band spread various clues on social media regarding their whereabouts. In the fall of 2013 Cruzh had reached a point where they chose to unmask and take it all to the next level and reach out to the masses together with the release of the Hard To Get EP, the first of two very successful self-produced demos. Hard To Get and its successor, the darker Aim For The Head got great reviews worldwide. By late spring of 2015, just when Cruzh was about to release a new EP, they were approached by Frontiers Music Srl who wanted to sign the band to a deal. Saying no to this opportunity was never an option, the deal was set and Cruzh started the album recording process by the end of summer 2015. All three band members operate as songwriters in Cruzh and among their influences are Def Leppard, Toto, FM, Winger, Firehouse and Bryan Adams.