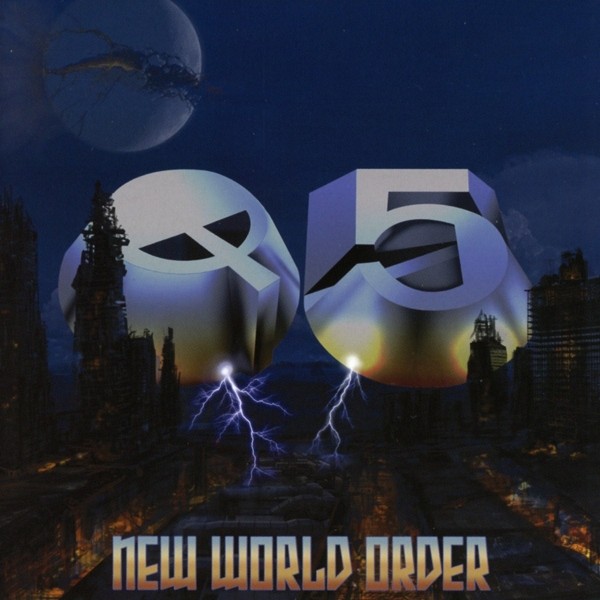 Q5 was formed in 1983, from members of two popular Seattle bands vocalist Jonathan K and guitarist (famous guitar tremolo inventor) Floyd Rose from "The C.O.R.E.", and Rick Pierce (guitar), Evan Sheeley (Bass) and Gary Thompson (drums) from "TKO". The band released its first album, "STEEL THE LIGHT" (MUSIC FOR NATIONS) in 1984, receiving immediate worldwide critical acclaim, and landing them touring spots with TWISTED SISTER, Y&T and LITA FORD... The success of "STEEL THE LIGHT" led them to eventually sign with Polygram/Squawk for their 1985 sophomore release "WHEN THE MIRROR CRACKS". Due to personal differences, the original lineup dissolved shortly after this release. In 1991, Jonathan K and Rick Pierce released a new project called "NIGHTSHADE" with its first album titled "DEAD OF NIGHT" (Music For Nations), with drummer Jeffrey McCormack and bassist Anthony Magnelli. This album was partially comprised of material that was to be the third Q5 cd, and it too received worldwide critical acclaim. Nightshade would release 2 additional cds over the next decade with multiple lineups, and would perform alongside many national and international acts. In 2009, when Nightshade was slated to perform at the "Headbanger's Open Air" Festival (Germany), with Evan Sheeley now on bass, the promoters asked if they would perform a second set as "Q5", to which they agreed.  The fan response was overwhelming! In 2014, Q5 was asked to perform at Sweden Rock, a performance that the band had agreed would be a "one off" show, but at the completion of the performance, it was obvious that this was not an ending, but merely a beginning. Upon returning to Seattle, The band secured drummer Jeffrey McCormack (Former Heir Apparent, Fifth Angel) again, and guitarist Kendall Bechtel (former Fifth Angel) and began rehearsing formally as "Q5". The band's relaunch debuted at the "Rock You To Hell Festival" in Athens, Greece followed by a headlining performance in Cyprus. The band then returned to Seattle to begin work on music for a new cd. Kendall Bechtel, however, was unable to stay with the band due to personal reasons, so the band secured guitar virtuoso Dennis Turner to complete the lineup. "STEEL THE LIGHT" continues to grow in popularity all over the world. Critics are still touting the album as a "classic" and a "must have in any metalhead's collection". Bands such as Great White, Wolf and October 31 and many others have covered songs from the album on their own releases, and fans are writing from all corners of the globe, eagerly anticipating the next chapter in the Q5 story... That chapter begins NOW! With an official lineup in tact, and a new cd slated for release, Q5 is poised to take its rightful place again in the hard rock / heavy metal heirarchy!