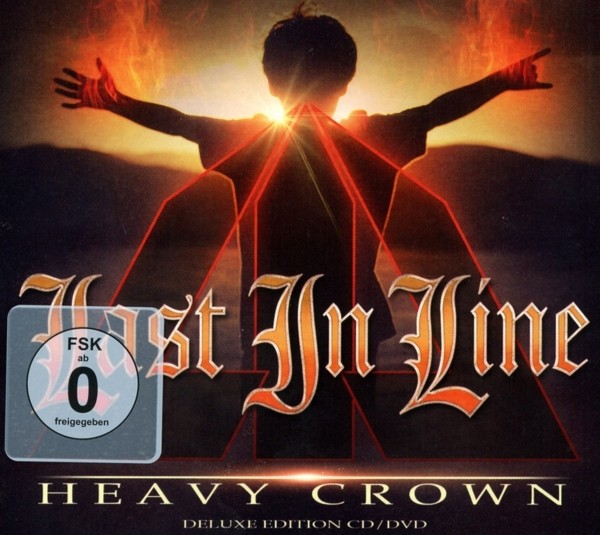 Description
Description
What started as a casual and fun reunion jam in a Los Angeles rehearsal room in 2011 has, in the... more
Close menu
Product information "LAST IN LINE - Heavy Crown - Ltd.CD+DVD-Digipak"

What started as a casual and fun reunion jam in a Los Angeles rehearsal room in 2011 has, in the ensuing years, grown into a fully-fledged recording project that has taken on a life of its own. Last In Line, the band, takes its name from the second Dio album released in 1984. Vinny Appice, Jimmy Bain and Vivian Campbell were Ronnie Dios co-conspiritors and co-writers on the "Holy Diver", "Last In Line" and "Sacred Heart" albums  the records that defined the classic early Dio sound and have gone on to become part of Rock History! During that first jam, it was immediately apparent that the chemistry of the original band was very much intact  even after a 27 year hiatus. The excitement generated by that rediscovery led to a second session, this time they called in vocalist Andrew Freeman (a friend of Vinny's) whose credits include singing in the "Raiding The Rock Vault" production in Las Vegas and the band The Offspring. Andrew has the vocal power to complete the original powerhouse sound of the Dio band. Hearing Andrews interpretations of the songs was a revelation for Vivian, who immediately suggested that they book some local shows for fun. In Vivians mind, the fact that Andrew could put a different spin on the songs made it an interesting prospect, and one that would justify taking things to the next stage, outside of the rehearsal room. Over the ensuing years, a handful of local LA shows led to a handful of overseas shows in the U. K. and Japan, and eventually to an offer from Frontiers to record a new album of original material. During the course of 2014 the band wrote and recorded 12 new songs under the guidance of longtime friend and producer Jeff Pilson. It proved to be a symbiotic relationship with Jeff, very much capturing the organic crunch of the band and bringing out the very best in Andrews voice and delivery. In February of 2016, Last In Lines debut album, Heavy Crown will be released, with the debut track, Devil In Me leading the charge. The band will gear up for a highly anticipated tour in both the U.S. and Europe in support of the record. The live set will include new songs alongside their early classic Dio-era works.