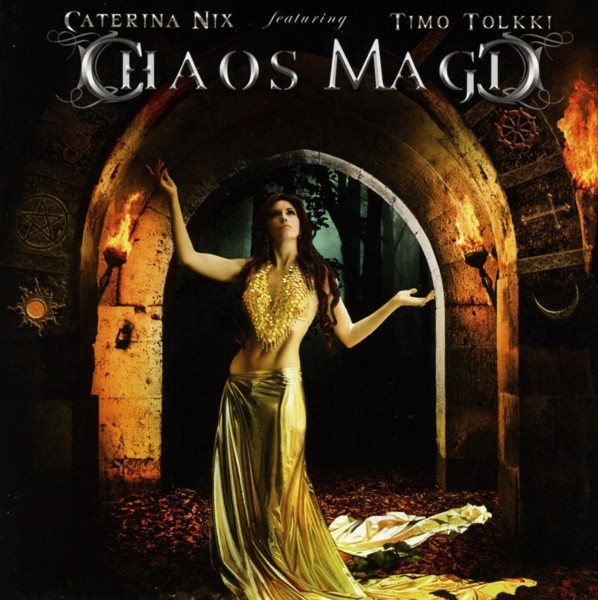 Caterina Nix (born Caterina Torrealba in Santiago, Chile) is a new coming singer who was signed by Frontiers to head a new solo project called CHAOS MAGIC in collaboration with famed guitarist, songwriter and producer Timo Tolkki (former Stratovarius composer and guitarist), who wrote and produced the album for her. Caterina's interest in singing and in music started at an early age, joining several rock bands since her adolescence. She has soprano vocal range and received both classical and pop singing training. She began her career in the band Aghonya, who released their first and only album "Oxygen", in 2008, in which she wrote all lyrics and vocal lines. Although this record was released independently, the band and Caterina received very good reviews, which gave them the opportunity to open the shows in Chile of bands like After Forever, Edguy and Within Temptation. Later on she appeared on Timo Tolkki's Avalons second album, entitled "Angels of the Apocalypse". She shares lead vocals on songs with such heavyweight singers such as Simone Simons (Epica), Elize Ryd (Amaranthe) and Floor Jansen (Nightwish) on two songs: "High Above Of Me" and "Angels of the Apocalypse". Musically CHAOS MAGIC follows in the steps of the recent WITHIN TEMPTATION releases melting beautiful and sweeping melodies with symphonic and grandiose musical landscapes.