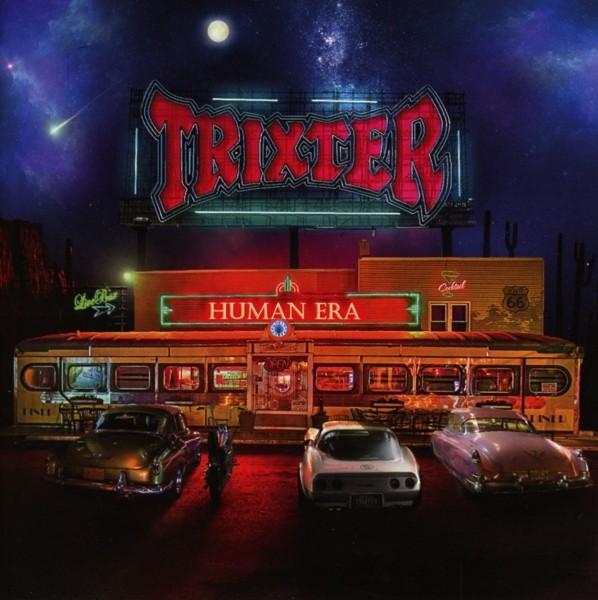 Following on the heels of the successful comeback album, New Audio Machine - a record chock full of rocking anthems -, TRIXTER are returning stronger than ever. After the success of our last album, New Audio Machine, we felt more confident than ever in making another top notch album. Im so proud to say that after more than 25 years of making records, TRIXTER is getting better and better. "Human Era" will show the world this band at it's finest, says lead guitarist Steve Brown. The new album sees TRIXTER sticking to their guns and delivering 11 new choice cuts, with a sound reminiscent of their earlier work which they were well known for in the 90s. For fans new to Trixter, their sound fits in nicely to an album collection next to Bon Jovi, Def Leppard, Van Halen, AC/DC and even 70's classic rock mainstays. Northern New Jerseys TRIXTERs self-titled debut album (1990) spawned three monster hit singles/videos with Give It To Me Good, One in a Million and Surrender, as well as an RIAA-certified Gold album. TRIXTER has toured extensively in the United States, Canada and Japan. They have performed in arenas and amphitheaters and have appeared live on numerous television and radio programs such as Entertainment Tonight, Pay-Per-View, VH-1, MTV, Z-Rock and MetalShop. TRIXTER has shared the stage with such rock heavyweights as Kiss, Boston, Scorpions, Poison, Cinderella, Warrant, Slaughter, Winger, Skid Row, Firehouse, Stryper, Dokken and more. The band recently nabbed the #29 spot on VH-1s Top 40 Hair Bands of All Time countdown. Almost 30 years together and the band is tighter than ever! We are family and that makes everything we do more and more special. The title track HUMAN ERA really sheds insight into our story, concludes Steve Brown.