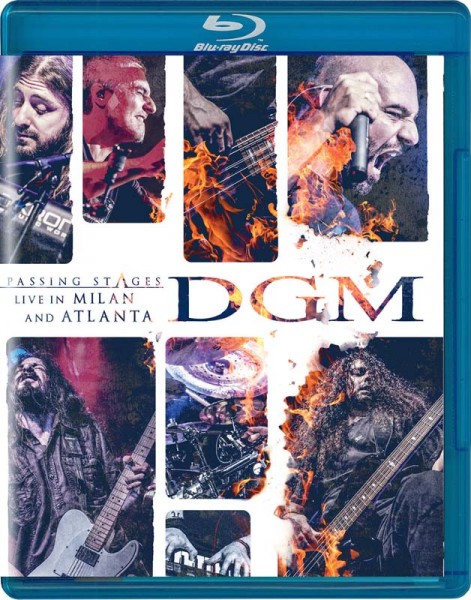 “The Passage” (released last August 26th, 2016) was DGM’s eighth studio-album and marked the culmination of almost 20 years of hard work that started back in 1997 and pushed the band into the elite of international Progressive Metal.
During the years DGM managed to tour around the world, taking part in some of the biggest Metal festivals in USA and Japan, and supporting Symphony X on their European tour as well as sharing the stage with Pagan's Mind.
With a strong line-up made up of producer/guitarist Simone Mularoni, singer Marco Basile, bass-player Andrea Arcangeli, drummer Fabio Costantino and keyboards-player Emanuele Casali, DGM can now show their awesome musicianship and class to the international audience with the release of this truly beautiful Live CD/DVD!
CD1 shows the entire performance that DGM held in front of the Frontiers Metal Festival, in Trezzo Sull’Adda (Milano) on October 30th, 2016 and has a set-list centered around the songs included on the latest album “The Passage.”
CD2 instead pictures the band in action at the ProgPower Festival in Atlanta, GA on September 11th, 2014 and sees the band perform in front of the US audience a varied setlist portaying the “Frame” and “Momentum” albums with more emphasis.
This is an unmissable opportunity to witness the superb qualities of the italian quintet in the live environment and also opens the door to the more new fans to their excellent and older repertoire.